As Kenya’s devolved system of government approaches the 10 years mark, the creation of opportunities for further self-governance in which governments and citizens can deliberate together to plan, budget, and address gaps in service delivery represents a great milestone. However, resource constraints remain a big and common challenge and a limitation for the devolved units to meet their constitutional obligations to the Kenyan citizens.

Kenya’s counties rely heavily on national transfers (equitable share) to finance their budgets alongside County Own-Source Revenue (OSR) which comprises fees, charges, rates, and other taxes assigned to county governments. Although the national transfer represents the largest share of county revenue and is a somewhat predictable and reliable source of financing, county governments have no control over the transfer timelines and frequency. In some cases, counties have gone for months without receiving their national transfer shares while the amount available through OSR makes a small portion of the revenue pot, thus raising concerns on the ability of county governments to sustain their operations.

Albeit representing a small portion of the financing pot the growth of Own-Source Revenue (OSR) represents the most viable and feasible opportunity for the devolved units to achieve self-reliance. County governments are directly responsible for its management including collection, policy, and legal frameworks. According to the COB, over the last three fiscal years through 2018/19, counties’ collections averaged 68% of the annual revenue target. Challenges in managing this function include low compliance by tax-payers which lead to costly enforcement of revenue laws and regulations and the application of complex collection mechanisms in some counties.

In this webinar, we brought together key stakeholders to explore ways in which county governments can enhance the management of OSR through efficient and effective governance systems and processes, with a focus on the role of Participatory Institutions. A panel of lead researchers and governance practitioners reflected and shared lessons to establish ways in which the existence of Participatory Institutions and ideals of governance systems such as public accountability and transparency impact collection and general management of local revenue (OSR).

Governance practitioners in Kenya argue that there is limited empirical data to link participatory institutions and ideals of governance such as transparency and accountability to tax revenues in Kenya, however, some county governments have experienced incremental changes in revenue, although marginal.

In Elgeyo Marakwet County, the revenue registered an annual revenue growth of 10% since the enactment of the county’s Equitable Development Act (EDA) 2015  – a law that empowers citizens in each ward to directly allocate an average of KES 35 million (or USD 350,000) annually. Mr. Maritim suggests that the county may not authoritatively attribute the revenue growth to public participation and the ability of citizens to allocate a portion of the budget; however, he notes that the level of taxpayer compliance to tax revenue laws has equally improved and may not be a coincidence. To demonstrate the direct correlation between factors that affect taxpayer willingness and accountability of government on the actions it takes,  delayed construction of a market and Boda Boda (motorbike) shades in West Pokot County. resulted in the users of the respective shades refusing to pay respective fees and charges in protest. This is a common experience across most counties in Kenya including extreme cases in Kiambu and other counties where taxpayers consider litigations as alternative measure mechanisms for corrective action. 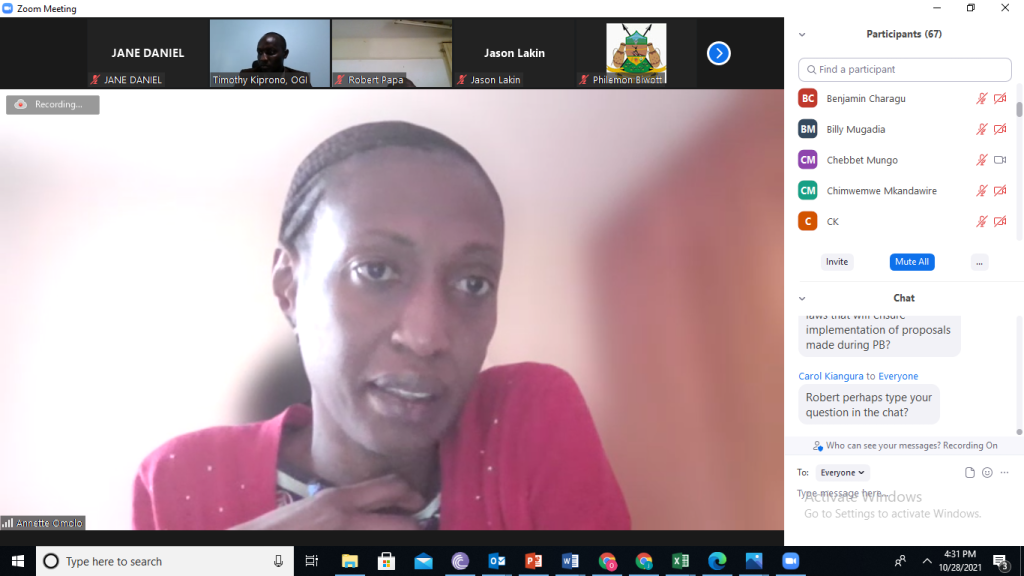 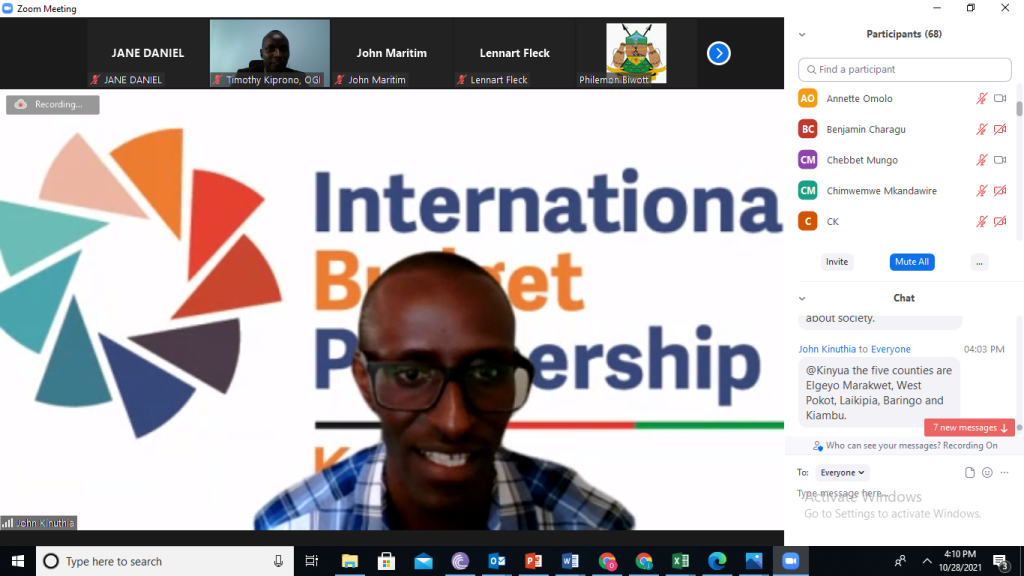 Obervations and reflections from Participants

In conclusion, submissions of the panelists support the argument that citizens are willing to pay taxes when they know they have power over allocations and are guaranteed that the government will keep its commitment to utilize the taxes transparently and accountably.

The adoption of Participatory Budgeting (PB) is possible in the Kenyan context, however, a clear and shared purpose and vision for the adoption must be established. Whereas PB has proven to be a successful approach to participation, the counties that have attempted to adopt it have either stagnated or abandoned its implementation, thus, the need for institutionalization of the participation. Partially, this is because of limited knowledge and understanding of its effect on other parts of governance systems beyond citizen empowerment, transparency, and accountability. Another way to increase the adoption and institutionalization of PB and other effective participatory institutions is to entrench it in the political agenda of political leaders to leverage on political structures and ambitions in deepening the practice.

To listen to the zoom meeting click on this link https://drive.google.com/file/d/1TDmp_yC1Qh7lj8Oj-5LGKnsdRYJWMp_C/view?usp=sharing